What we are listening to - Podcasts for the start up entrepreneur!

Podcasts for your daily working life! Inspiring entrepreneurs and their life stories, work wellbeing practices, time management tips, and creatives' inspiration all at the click of a button. We here at the Digital Greenhouse are usually listening to lots of podcasts so we want to share with you some episodes to listen to on your morning commute, while you eat lunch, walk your dog (or cat), or while you unwind before bed. So kick back and stay tuned!

The third in our 'What we are listening to' series, we take a look at a range of entrepreneurial and start-up podcasts. ranging from business plans, the long journeys full of the failures and successes of well-known companies and discussions to help visualise your plan and keep your goal in focus. After listening to these we then picked out our favourites to share with you.

Don't forget, we have the Digital Greenhouse and Eagle Labs Business Accelerator Programme coming up next month! This six-week accelerator programme will take eight local entrepreneurs through an intensive business boot-camp, followed by five twilight sessions ahead of a pitch event on Wednesday 20th November – where they will present their business plans to an audience filled with local experts and members of the public.

To read more about this programme,

How I Built This with Guy Raz 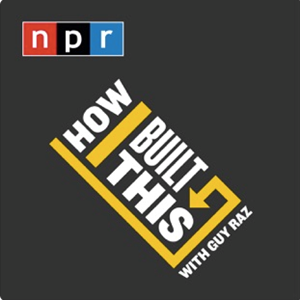 How I Built This with Guy Raz - Headspace: Andy Puddicombe and Rich Pierson.

Andy Puddicombe is not your typical entrepreneur – in his early twenties, he gave away everything he owned to train as a Buddhist monk. But after ten years, he decided he wanted to bring the benefits of his meditation techniques to more people. While running a meditation clinic in London, Andy met Rich Pierson, who had burned out on his job at a high-powered London ad agency. Together, they founded Headspace in 2010. Nine years later, Headspace's guided meditation app has users in 190 countries and annual revenue of over $100 million.

Extra - 'How You Built That: Ombraz Sunglasses'

How a quick fix to a broken pair of sunglasses inspired Jensen Brehm and Nikolai Paloni to create an armless set of shades: Ombraz Sunglasses.

How I Built This with Guy Raz - Squarespace: Anthony Casalena

Like many classic technology stories, Squarespace started in a college dorm room. In 2003, 21-year-old Anthony Casalena created a website-building tool for himself. But after hearing some positive feedback from friends, he decided to put the tool online and start a business. For years, Anthony ran Squarespace almost entirely on his own but the stress took a toll and he reached the limits of what he could accomplish by himself. The journey to hiring staff and scaling the company had its own set of growing pains for Anthony, including difficulty letting go of control, and learning how to manage other people. Today, Squarespace has grown to more than 800 employees and valued at $1.7 billion.

Extra - 'How You Built That: how Kate Westervelt took an overwhelming experience and turned it into a gift box for new moms – filled with essential items women need to recover from childbirth.

She Did It Her Way Amanda Boleyn 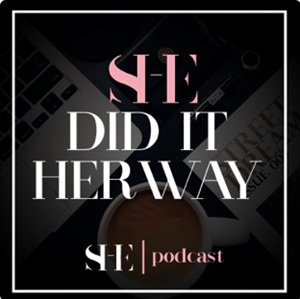 Learn How to Run a Full-time Business in Part-time Hours by Working Smarter, Not Harder with Ashley Gartland

Do you feel like your business is a hot mess behind the scene? Do you want to streamline your business so you can grow more and have more focus? How about working less and enjoying your life more while enjoying great results at the same time? Tune in as our guest for today share's how her business came about and how she managed to accomplish a lot by just working 25 hours or less a week.

"Welcome to the She Did It Her Way Podcast where we dive into all of your most important questions about starting a business and when to make the leap of going full-time as an entrepreneur. Every week, host, Amanda Boleyn delivers fresh content on productivity hacks, different business strategies, how to confidently transition out of your 9-5 and become a full-time business owner. Along with sharing her business savvy tips, she interviews women who have also gone out and done it their way (Amy Porterfield, Jenna Kutcher, Julie Solomon, Lori Harder and many more)." 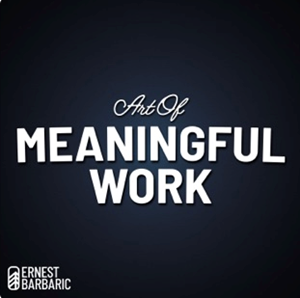 Make Your Next Move. 3 Ideas To Design Your Next Year.

In this episode, you’ll learn three simple insights that will help you take control of your time, get more out of your waking hours, and do more meaningful work - in this year.

Rise of Freelancers and Micropreneurs - and how you can join the revolution.

A new kind of workforce is emerging. Enabled by technology, changes in the marketplace, and driven by the new generation entering the workforce - it’s changing the way we view work. And there are awesome opportunities ahead of us.

Art Of Meaningful Work is enjoyed by executives, entrepreneurs, and leaders who want to inspire, do good, find meaning and create positive change. You’ll hear from forward-thinking professionals, authors, and everyday people like you and me on the journey to meaningful work. We get one life. Let’s make it count.

Startups for the rest of us 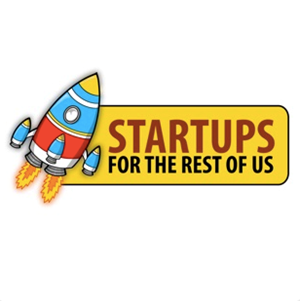 In this episode of Startups For The Rest Of Us, Rob Walling and Mike Taber, founders of MicroConf answer a number of listener questions on topics including the value of startup accelerators, onboarding, liability insurance and more.

In this episode of Startups For The Rest Of Us, Rob and Mike talk about what to look for in a co-founder. They touch on different aspects of evaluating someone for the role including, honesty/integrity, skill-set vs future skill-set, fixed mindset vs. growth and more.

Follow the founders of MicroConf as they start, acquire, and grow SaaS companies. They'll fail a bit, succeed a bit more, and take you with them on the tumultuous life of two entrepreneurs. Great listen for down to earth feedback and advice on real startups.

Going All In on Your Dreams

Whilst this is not a podcast, its a great listen!

Renee Wang, founder and CEO of podcast platform Castbox, discusses her entrepreneurial journey from landing a dream position as an app monetization expert at Google to launching her own company and becoming a disruptor in the podcast industry.

Wang and The Playbook host David Meltzer cover topics including the acceptance of failure as your most important teacher, some of the most common struggles that entrepreneurs face and challenging yourself to become a better person. They also discuss the need to invest in yourself as an entrepreneur and whether you need to pay yourself when founding a startup.

To watch this video,

Local entrepreneurs ready to accelerate their business to the next level